Well- tomorrow is the big day!!! Thought I'd spend a few minutes talking about the less deocrative- the more "solemn" aspect of the wedding....though, I think that is one of the best parts, and afterall, why we get married in the first place- right?
We are both different religions, me Jewish and my beau, Presbyterian, Our ceremony will not be religious in nature but certain traditions were important to us. I for example, really wanted a Ketubah- a Jewish marriage certificate. 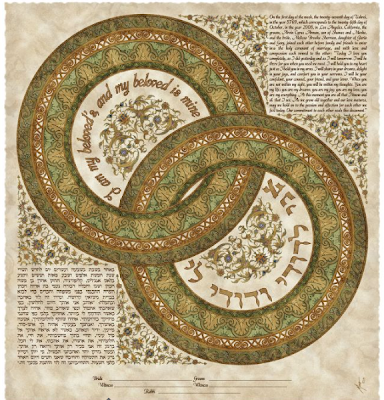 The Ketubah, or Jewish marriage covenant is an ancient Jewish tradition. Ketubah is a Hebrew word that translates to "it is written". According to Jewish law this contract binds the marriage between a Jewish man and his Bride. It carefully outlines the financial responsibility of the groom and the legal obligations of his family in the event of his death or divorce. Contrary to modern design, it is neither romantic nor about the establishment of a Jewish family. The contract is financial in nature and is signed and witnessed before the wedding takes place. It is considered one of the most important documents and contractual obliagtions and it is considered legally binding by Jewish (not U.S.) law. For more extensive, easy to read details about ketubbot you can read more here.

While Orthodox Jews use traditional content and wording there are many new, more artistic versions and interpretations of Ketubot that are being used. Many evoke the hopes and dreams of building a life together and many are beautifully created works of art. The examples above are beautifully traditional in visual design but the wording has been composed to welcome the marriage of an interfaith couple. Below, are visual interpretations that are more contemporary in nature and add a modern twist to a most timeless tradition. The final two incorporate striking graphics and font work- perfect for the minimalist in us all! 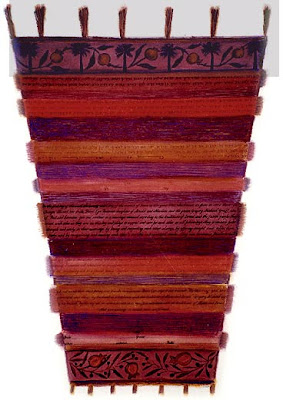 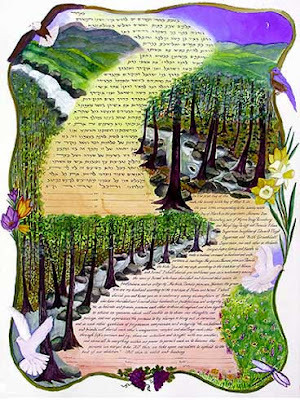 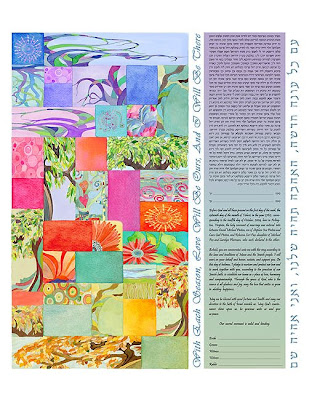 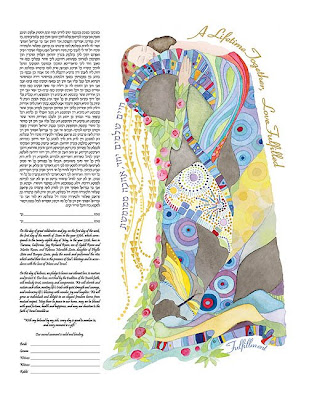